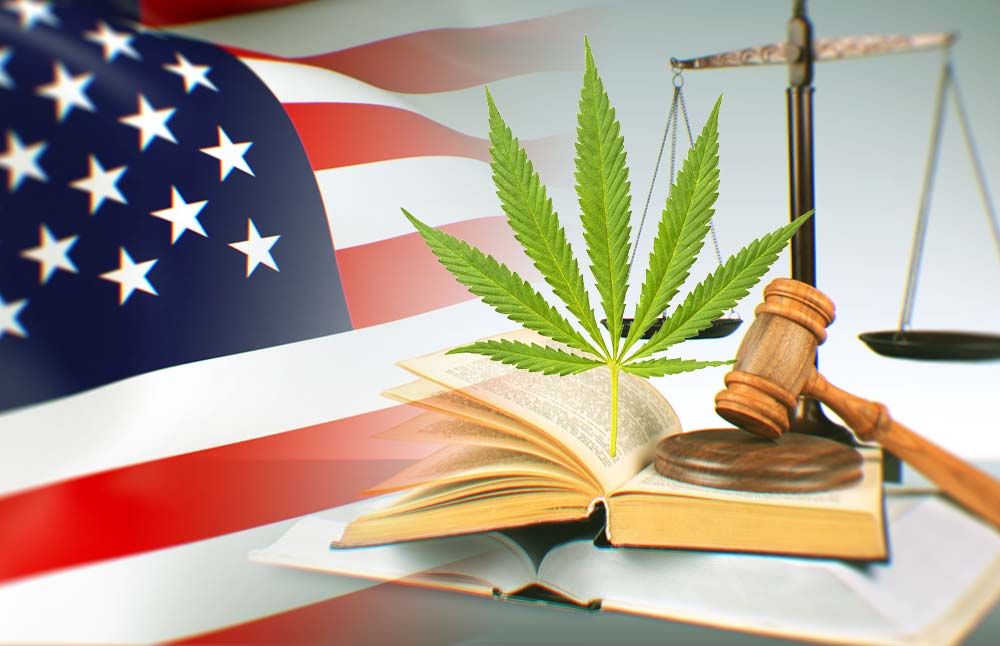 In a historic moment for the hemp growers and the cannabis industry, at 4 p.m. EST on Dec. 20, President Donald Trump signed into effect the 2018 Farm Bill into law. This makes it legal to grow hemp in all of the country for the first time since the Second World War.

The prime focus of the bulky 800-page bill is to enable and assist with providing funds for the food assistance program and to ensure farmers are provided more subsidies. It also includes provisions that remove hemp from the Controlled Substances List. It now falls under the purview of the Department of Agriculture to build a legal system around the plan.

In attendance were Sonny Perdue, Secretary of Agriculture and Vice President Mike Pence, as the president energetically spoke about his oft-repeated support for the farmers of middle America. He then discussed the criminal justice reform and spoke at length about his, arguably favorite topic, the proposed border wall. Although Mr. Trump did not mention hemp legalization, he did sign the dotted line to pass the bill and allow hemp growers to rejoice.

The sections covering hemp are pretty clear and concise. It eliminates hemp as the Cannabis sativa plant and its derivatives and cannabinoids, as long as it has less than 0.3 percent THC. With this change now in effect both Cannabis and its more famous counterpart CBD, will no longer be a Schedule I drug, as long as CBD is derived from hemp.

This also means that the hemp plant, as it is no longer a controlled substance, will no longer be under the authority of the Drug Enforcement Agency (DEA) and instead fall under the jurisdiction of the Department of Agriculture. This removes a substantial stigma that has been associated with the plant. The new department has its work cut out as it needs to finalize a whole slew of matters. Specifics of the regulations for hemp cultivation, licensing, testing and enforcement will have to be drawn from scratch. The law allows individual States and tribal governments to set their own restrictions as long as it doesn’t interfere with interstate commerce.

Underlining this as a major victory for his industry, the political director of NORML, Justin Strekal stated “These changes represent a significant and long overdue shift in U.S. policy,” though this is only the beginning. He went on to say:

He went on to emphasize how this is the best way to reign in the hemp-derived products. Many of the CBD offshoots, encouraged by the previous lack of federal oversight, were described by him as “of variable and sometimes questionable quality and safety.”

To ensure standardization, Justin has applauded this move but says:

“Now it is time for lawmakers to craft consistent benchmark safety and quality standards for hemp-derived CBD in order to increase consumer satisfaction and confidence as this nascent industry transitions into a legal marketplace.”

A major proponent of this change in Hemp legislation was Senate Majority Leader Mitch McConnell (R-KY). In fact, the Senator had been attempting to pass his own Hemp Farming Act but decided to push his changes through this bill, instead.

After a few tweaks to the Farm Bill Senator McConnell introduced it to the Senate in June. He then expertly shepherded it through the conference committees and got it through the final Senate vote. After scoring the victory, once the President had given his accent, Mr. McConnell said:

“We are at the beginning of a new era, and I cannot wait to see what comes next.”

The bill has been hailed by many in the industry. While they were previously allowed to cultivate hemp, there was a multitude of limiting factors. Access to banking, seeds, advertising platforms, interstate commerce and export markets had been severely restricted. Now the hemp growers will be able to freely capitalize on the plant.

The U.S. Hemp Roundtable, an association that had been lobbying for this sort of for the hemp legalization amendment was celebrating. Jonathan Miller, their general counsel spoke about the long and hard-fought victory, With no interference from the Drug Enforcement Administration, interstate commerce of hemp products would undoubtedly prosper. He went on to add:

“This should give comfort to federally regulated institutions — banks, merchant services, credit card companies, e-commerce sites and advertising platforms — to engage in commerce with the hemp and hemp product industry. An exciting, emerging, multi-billion-dollar hemp industry will now be unleashed, providing economic opportunity to farmers and small businesses all across America.”

The celebrations around the change in regulations have been marred by controversy. McConnell’s hemp amendment also includes a subsection that looks to continue the government’s War on Drugs and looks to ban many from legal hemp industry. The particular piece states:

“any person convicted of a felony relating to a controlled substance under State or Federal law before, on, or after the date of enactment of this subtitle shall be ineligible, during the 10-year period following the date of the conviction.”

Thus anyone who has been charged with a felony for possessing even a small amount of cannabis will fall foul with the decree and would not be allowed to grow hemp for a decade. This brings into focus America ’s rather shady policing practices that have been found to police “colored” communities with more vigor, which in turn means that there will be an inevitable racial disparity in the new industry.

Many feel this will have unintended consequences for already marginalized groups and could set” racist, classist and arbitrary barriers to entry.” Noted activist and cannabis attorney Cristina Buccola felt the ban will have:

Though this might not have been the government’s intention, it should be something that should be looked into and revised; sooner the better. It will still not take away from the fact that the United States government has taken a positive step towards decriminalizing and opening up the industry.

Related Topics:Farm Bill
Up Next